Welcome to Year 4 Rosen’s class page. This is the place to find out everything we’ve been up to during the week, as well as find out what the homework tasks are.

The class teacher is Mrs Jeffrey supported by Miss Kaisa and Miss Michelle. 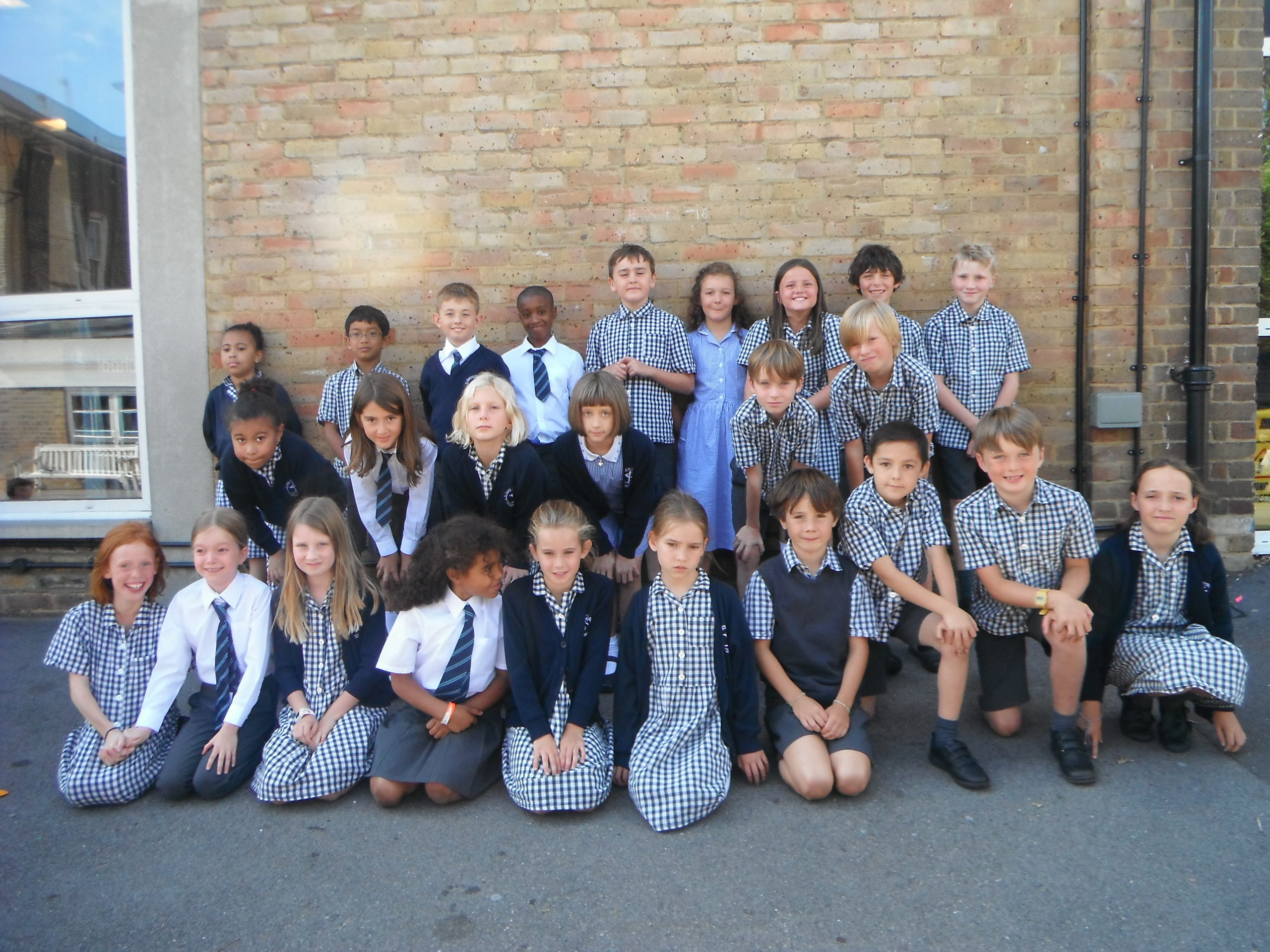 It’s all about Woodrow House this week! Storms Ciara and Dennis threatened to ruin our trip but we went ahead with all the planned activities. We had some wet and windy weather – but not enough to dampen our spirits. The children (and teachers) have been excited and excitable about the week’s activities (and finding out who they’re sharing bedrooms with!).
We arrived in glorious sunshine and lost no time orientating ourselves on site. Then in four different groups we did our activities. It was good to see them running around in the open, working as teams and mixing with children they wouldn’t usually be with. There were lots of activities. They encouraged each other and cheered each other in every activity. Wednesday night was campfire (named Finley the fire by our children) night with tales and songs led by Woodrow House staff. Thursday night was disco led by the dance diva Miss Marchant who knew all the moves and grooves.   Friday morning, we had to avoid sharks under the parachute and the cat had an impossible task of chasing the mouse.  Miss Marchant and I got into action by tackling the children in hockey and football – we’re not competitive at all! The children have had a brilliant time and we were all well looked after, enjoying lovely healthy meals.  For more details, check the main website where you’ll also find a random selection of photos.
Earlier in the week in RE, the children listed six things they would take into a Buddhist’s sanga. Most of them chose practical items such as clothes and food, a lot of them included a teddy, a few chose books and a couple of them couldn’t resist wanting their Ipads or money quite contrary to a Buddhist’s simple way of life.
Now, we’re half way through our school year – time flies when you’re having fun and the last term and a half have been such fun – I’m handing them back to you for half term frolics – enjoy your week!
Mrs Jeffrey

Another week, another trip!
On Wednesday, we went along to the Wonderlab at The Science Museum where the children are encouraged to be ‘hands-on’ with as many different activities as possible. The space is divided to different areas and included Electricity, Light, Sound, Matter and Maths. There were electrical circuits to be completed, a demonstration on how lightning can be created indoors, indoor slides (to demonstrate friction), coloured tiles and lots more besides. There was so much to do and although most of the children had visited before, it was good to hear that they wanted to go again. We finished our visit off with a Wonderlab show that demonstrated slow and quick chemical reactions (using a catalyst to create elephant toothpaste!), introduced to ‘exponential growth’ (ask them about the chess story) and a fire and sound display (where the size of flames got bigger or smaller according the music played). The children had a very productive morning and thoroughly deserved their lunches which, I know for some, will always be the highlight of the trip. As always, thank you to the parents who came along to help out on the trip.
We have been reading The Saga of Erik the Viking and the children have been totally captivated by the beautifully crafted short chapters – tales of mystery, magic and the unknown. The children have finished their stories and will be typing them next Monday ready for the competition.
In Maths – it’s been all about equivalent fractions. In my class, the children have been using fraction strips to represent equivalent fractions. We’ve identified a rule which is “Whatever we do to the numerator, we do the denominator.”
In RE, we have been looking at where Buddhists practise their faith and know what Nirvana means.
On Friday, we had coding day and were introduced to ‘algorithm’ and ‘decomposition’ and told how everything in the modern world is influenced by algorithms. From our routines of getting up in the morning and coming to school to travelling in outer space. We learnt that algorithms used for coding are important for car design, food production and for saving animals in the world.
As both year 4 classes have had so much on this term, we’ve decided to push back our DT day to the first week after half term. This will give the opportunity to look at other year group’s work and also collect more loo/kitchen rolls.
Woodrow House trip next week – children will find out on Wednesday morning which activity group they’ll be in and who they are ‘bunking in with’. I’ve looked at the programme of activities and if your child doesn’t come back exhilarated but tired, I’ll be surprised. The children have been talking excitedly about the trip and I only hear good things about it so all stations go!
So, enjoy this weekend in the knowledge that you have fewer excuses not to go to Cabaret Evening next Thursday! (We shall have our own disco at Woodrow House…)

Friday 31st January - What an Exhibition!

How cultured we are here at St Stephens! As part of the national Steve McQueen Year 3 project, Year 4 went along to the Tate Britain to see their class portraits as part of the whole exhibition. The children and our parent helpers were thrilled to see their class photo incorporated into the larger exhibition of over 70,000 London school children from 300 schools (from both state and independent sector, mainstream and special needs). 4 Rosen assembled themselves in the same positions as they had done for the original photograph, with Mrs Jeffrey, replacing Mr Faith for a comparison. The visit was well organised by the Tate Britain who encouraged the children to complete specially designed activity packs about other notable pieces of art around the gallery (to include paintings and sculptures). It was a great day out!
Our assembly did indeed inspire the children in writing their own versions St George and the Dragon. We’ve been listening to some of the children telling their tales. In more than one version, we have a female hero. In other, a basilisk or a griffin represents the evil beast. Their descriptions of both the setting and the beasts have conjured up some great visions. One of my favourite lines is “a horse a day keeps the dragon away”. We certainly have the makings of some decent authors in our class.
Next week, the children will create their own stories based on the Vikings so they can enter the 500 word BBC Short Story competition. Again, they’ll get a chance to use all the rich and varied vocabulary they’ve been using already but hopefully their work will reach a wider audience!
In Maths – we’re still learning all about fractions – adding and subtracting fractions with the same denominator. The children have been using fraction bars to represent equations which has been really helpful and converting improper fractions (top heavy) into mixed numbers. Next week, we will be exploring equivalent fractions.
In RE, we learned about the 8 fold path that Buddhists follow and created our dharma wheels and wrote down some of the rules we follow at home and at school. Seems to me – there are universal rules which apply to all our homes – no playing on other people’s beds, no devices upstairs, ask to leave the table, leave shoes at the door…The rules the children suggested were mostly practical or reinforced good manners – makes sense to me.
Science trip next Wednesday – please make sure you give your child a healthy packed lunch and remember NO NUTS (this includes hummus).
DT day is looming and the theme is bridges so if you have tubes (of the toilet roll/kitchen roll variety) which the children can use – please send them into school.
Well, the weekend can’t come too soon for me – time to shake off this cold. Enjoy yours!
Mrs Jeffrey

Friday 24th January - What a Performance!

O-M-G! As our children said in yesterday’s assembly. OMG indeed – what a stellar performance from every single child in our class. I’ve no doubt that you are as proud of the children as indeed I am. They were so professional, learning their words off by heart (even children who had not been very well didn’t shirk away from rehearsing). Thank you for all your support with them – couldn’t have done it without you. I hope the children remember their Year 4 assembly with great fondness. It’s right up there, as one of my favourites. With the assembly done – it’s now back to the business of learning.
The children have planned and are beginning to write their own story set in an historical setting based on St George and the Dragon. They have been encouraged to include ‘sc’ and ‘ous’ words, expanded noun phrases and inverted commas. I’m looking forward to reading their stories and hoping the book and their assembly have inspired them in equal measures.
In Maths, we have started fractions. In my group – I’ve been impressed by how much they already know. They are finding patterns, using their times tables knowledge to count on, understand how many fractions make a whole and how to convert improper (top heavy fractions) into mixed numbers. Remember to practise, practise, practise those times tables and complete the Mathletics homework set each week.
Next Tuesday, we are visiting the Steve McQueen’s project at the Tate Britain. I went to the Tate yesterday but couldn’t find our school so I’ll have to wait until Tuesday when we will have a session with Tate staff. I’m sure the children will be excited to try and find their faces in the big picture. We already have two parent volunteers for the trip – thank you.
I shall be celebrating Chinese New Year with my family this weekend – I hope you will be celebrating the success of the assembly with those talented children of yours!
Have a good one!
Mrs Jeffrey

This week, as you can imagine, we’ve very busy practising our class assembly. I’ve learned that St Stephen’s children are born ready for rehearse and it’s been a joy to watch them practise their lines and songs. I’ve also been reminded that boys this age are very reluctant to demonstrate any feelings to girls even if they know it’s only acting – so we have had a wife shy Henry VIII and a heroic George who definitely does not want to marry the Princess! Oh well – I’m sure it’ll be all right on the night – as they say. Final version of the scripts are on the website, along with the lyrics and the music score.
In other news – the Lifebus was here on Wednesday and the children spent time learning how ‘It’s Great to be Me’. They discussed physical, social and emotional ways to keep themselves healthy.
In Maths – we have been learning about correspondence and scaling and tackling word problems. The children quickly identified that they needed their all multiplication knowledge (multiples/factors) and corresponding division facts to solve the problems. I can not stress how important times table are because it supports so many areas of Maths (fractions, time, shape, decimals, position/direction) so please practise, practise, practise.
We’ve been practising our expanded noun phrases by adding ‘with’ i.e. wild green dragon with the evil looking eyes. The children are really getting a good idea of how to improve their work using different vocabulary.
Please encourage the children to practise for the assembly – I hope you will be able to join us on Thursday!
Enjoy the weekend!
Mrs Jeffrey